Biodegradable Packing Peanuts: Why are they not the industry norm?

In the 21st Century you are unlikely to receive a package containing packing peanuts. They are difficult to clean up, easy to lose and stick to your clothes, so most major retailers and shipping companies have made the switch to other forms of packaging.

Despite this packing peanuts are still commonly used in industrial settings. The main reasons being that they are cheap to produce, light weight for a lower shipping cost and act as a self-correcting packing material, eliminating need for customised boxes. They can adjust their arrangement and density to fill any shape which makes them highly effective at protecting fragile objects during shipping.

However, as we grow more and more concerned about the environment, we have begun to question how responsible the use of such environmentally damaging packaging is.

Polystyrene-based packing peanuts were first used in 1965. They are made of petroleum-based, expanded 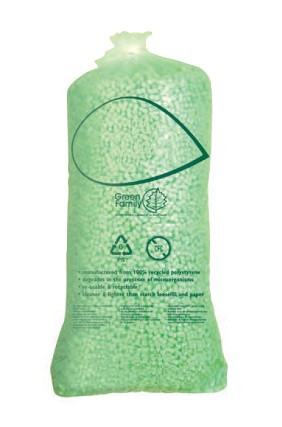 polystyrene foam, otherwise known as Styrofoam which is a plastic. Initially they were made form 100% new polystyrene resin but in the mid-90s various percentages of recycled polystyrene began to be used.

These packing peanuts are not biodegradable and can take centuries to decompose. They either end up in landfill or floating around the ocean where they can be mistaken for food by marine animals and birds. Polystyrene damages the digestive systems of these animals causing significant health problems.

Biodegradable is defined as a substance that can be completely broken down by water, bacteria or another living organism, thereby avoiding pollution. Biodegradable packing peanuts are soluble in water and dissolve in minutes. They dissolve without a trace and don’t leave behind toxic residues, chemicals or microplastics.

They are made from naturally derived starches, one of the most abundant polymers on Earth. The starch comes from crop-based sources such as corn and wheat. In addition to being biodegradable they are also non-toxic meaning that they are safe for children and pets if ingested accidentally.

Biodegradable packing peanuts do not have an electrostatic charge, so they will not damage electronics during shipping (which was an issue previously) and they won’t stick to clothes.

Why are they not the industry norm?

With the obvious environmental benefits of using biodegradable packing peanuts instead 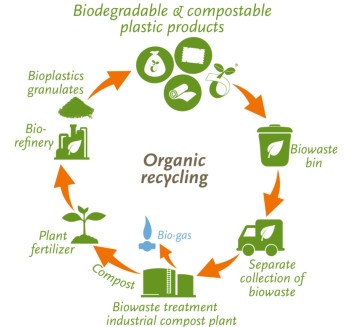 of petroleum-based polystyrene packing peanuts it is confusing as to why the latter is still in use. The short answer is that in a challenging economy manufactures and suppliers are more likely to choose the cheap option over the environmentally friendly option. Biodegradable packing peanuts cost more to produce and cost more to ship. So despite their environmental benefits both during production and disposal manufactures and suppliers overlook them.

8 million tonnes of plastic is added to our oceans each year. This results in marine plastic pollution being one of the most significant threats to our environment. Polystyrene packing peanuts only add to this problem. Reducing the use of petroleum derived products is highly important.

The creation of plastic alternatives to slow the production of plastics and tighter regulations on the disposal of plastics has helped this. However with the case of biodegradable packing peanuts manufactures and suppliers are still choosing to use the more environmentally damaging option.

5 star(s) from 7 user(s)
Post Review
Uh oh! We couldn't find any review for this listing.

14 Ways To Keep Your Home Warm During Winter (Save Money!)

Where To Buy Western Clothing For Women 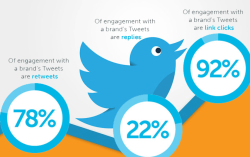 Top 10 Tips to Deep Cleaning Your Kitchen | Cleaners of London

What is a Hydraulic Ram and How Does It Work?

Top 10 Removal Companies in the UK

Top 10 Removal Companies in the UK When is the best time to book a removal company for moving or office... 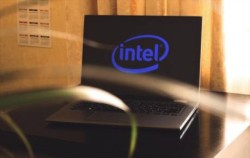 In the present era, laptops are our crucial companions to do computing tasks. However, the one thing that...

When in urgent need of expertise or help to remove the unwanted junk in your living spac or simply house...

The R&D Credit | a Valuable Asset Every Business Needs

How Did The R&D Grand Credit Start? The R&D relief first began in 1981. The world knows it as the...

Cardiology Near Me | St.Theresa Hospital, Hyderabad

Transferring to a new residence is interesting-- you get a fresh start, new opportunities, and the...

It has been almost a decade since the Angular brand has been a part of the JS (JavaScript) framework. It has...